Although the standard of living has improved in the Czech Republic, more must be done to protect children living in vulnerable families. If children cannot continue to live with their families, they should be cared for in families rather than in institutions. 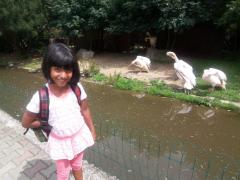 Little girl in our care on a day trip (photo: SOS archives)

The Czech Republic is located in Central Europe. There are 10.6 million inhabitants, with 1.3 million living in the capital city of Prague.

The present-day Czech Republic came into existence in January 1993 after the “velvet divorce” whereby the previous Czechoslovakia split into its two constituent parts.

The Czech economy has been growing steadily since 1993. After the country joined the European Union in 2004, its exports to the European Union, especially to Germany, increased. The country was affected by recessions in 2012 and 2013, but has recently recovered.

In 2017, the unemployment rate was low at 2.8 per cent. However salaries are relatively low in relation to the rising cost of living. Rates of unemployment are higher in areas outside Prague, in coal and steel producing areas, among older workers and those with fewer skills.

Over nine per cent of the population lives in poverty

According to the latest figures 9.7 per cent of people are poor or in danger of falling into poverty. Most of them live in the north and north-east of the country, while the rate of poverty is lowest in Prague. Almost ten percent of people over the age of 15 are at risk of having their possessions confiscated because they cannot pay their debts.

Single parents, especially women, are the group that is most threatened by poverty. Given the relatively low wages, it can be hard for single parents to earn enough money to provide for their family. This is especially difficult when single parents are restricted to jobs that fit around available childcare.

Housing can be a problem too as there is a lack of social housing for families with a lower income.

A need to change how vulnerable children are cared for

The vast majority of children in care come from families that are experiencing difficulties like poverty, lack of adequate housing, disability and illness, or who suffer from an addiction. Preventive services need to be strengthened, because given the right support these families may be able to stay together.

In the past a very high number of children who had lost parental care lived in large, old-fashioned institutions which did not adapt to the children’s individual needs. Over the past five years, there has been a change in the approach to care – temporary foster care is now available. The authorities have been working to ensure that children can remain with their family of origin or, if this is not possible, they should live in family care. 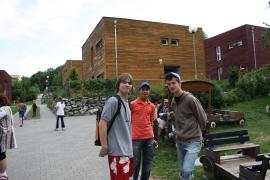 SOS Children's Villages started working in the Czech Republic in 1969.

Strengthen families: We provide much needed support to families who are at risk of breaking down. We work directly with families and communities so that they can protect and look after their children. Our aim is to strengthen the family so that the children can stay at home and not be taken into care.

Care in families: Children who cannot stay with their families can live in foster families. SOS Children’s Villages provides them with a wide range of support and services. They maintain the same high standards of care and receive the same support as SOS families in other countries. Some of the families live directly in the SOS children’s village, while others live in their own homes in the community and visit the village to use our services.

Wherever possible, children are encouraged to keep in touch with and visit their families of origin. SOS Children’s Villages provides assistance when needed.

Short-term care: We also provide short-term, emergency care for children from families in crisis. The children stay with us until the authorities decide about their long-term care: they can either return to live with their family or find a more permanent home in foster families.

Support for young people: We support young people while they finish their education, gain further training and look for work. They can stay in our semi-independent living facility.

Advocacy: We work closely with other care organisation and public authorities to raise awareness of children's rights. One of our most urgent campaigns is to revoke the institutional care for children under the age of three.