In spite of the introduction of child protection measures, Albania is still one of the riskiest places for children in Europe. The risks start at birth – Albania has a high infant mortality rate – and continue through to early adulthood – when the lack of opportunities for young people makes it very difficult for them to become independent.

Families suffering due to high levels of unemployment and poverty 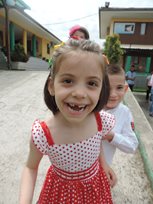 Around 3 million people live in Albania. The capital, Tirana is home to around 900,000.

Since 2014, Albania has been a candidate to join the European Union. In this context, changes have taken place and the lives of some families have improved. However, around one quarter of the population continues to live in poverty. The poorest five per cent struggle daily to feed their families. Poverty mostly affects women, young people and those living in isolated rural areas.

Albanians themselves see unemployment and corruption as the two main problems that they face. The unemployment rate remains high at 14 per cent. Many people work in the informal economy – these jobs lack stability and protection from exploitation. Corruption also affects families on a regular basis when they deal with the authorities – they often have to pay extra to receive better and faster medical care or when enrolling their children in schools.In spite of the introduction of child protection measures, Albania is still one of the riskiest places for children in Europe. The risks start at birth – Albania has a high infant mortality rate – and continue through to early adulthood – when the lack of opportunities for young people makes it very difficult for them to become independent.

A lack of basic services for the most vulnerable

Hundreds of thousands of Albanians have migrated abroad, mostly to Greece and Italy. The remittances they send back have been important to family members who have stayed behind in Albania.

Basic services such as health, education or those providing assistance to families are lacking. This shortage of support has had an effect on the lives of children, exposing them to increased exploitation. Children living in poverty, those from ethnic minorities, and girls are especially vulnerable.

Unfortunately, in spite of recent efforts, crime and corruption remain abundant. Vulnerable women and children from deprived backgrounds are at risk of falling into the hands of organised crime groups. They are in danger of being coerced into forced labour such as begging or commercial sexual exploitation, both within Albania or other parts of Europe.

Children are at risk due to the lack of protection 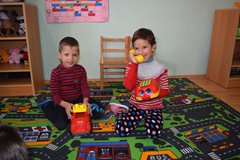 We ensure that children in our care have access to education – from kindergarten for small children to vocational training for young people (photo: SOS archives)

There are an estimated 857,000 children under the age of 18 in Albania. In spite of some recent improvements, more needs to be done to protect children. Children without parental care are at a higher risk of discrimination, abuse and exploitation. Unemployment is a widespread issue in Albania, but young people are at a particular disadvantage: 26 per cent of young people who are actively looking for a job are unable to find one.

Young people do not have many opportunities for further vocational education or training. For young people from disadvantaged backgrounds, with few qualifications and little experience, these opportunities are even more limited.

We started working in Albania in 1995.

Strengthening families: We work with local organisations and the communities in Tirana and in Shkoder to support vulnerable families so that they can stay together. We make sure that children can go to school and have access to medical care. We also provide legal and psychological support to families.

Education: We aim to ensure that all children in our care attend kindergarten and school. We also provide after-school activities to support local children.

Support for young people: Young people find it hard to become independent in Albania. We offer both practical and psychological support to young people while they finish their studies and improve their skills. We collaborate with local businesses around Tirana so that young people have access to internships, scholarships and vocational training.

Advocacy: SOS Children's Villages works with the government and other agencies to promote social reform that improves the rights of children. Most recently we have been working together to ensure that children do not grow up in big, impersonal institutions, but are rather cared for in family-like settings.