Some facts about the United States of America 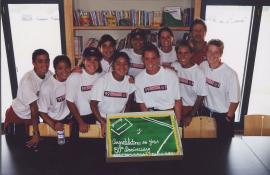 Large-scale immigration has shaped the country's social and economic landscape. It has transformed the United States into a "melting pot" of different cultures and customs. Ethnically speaking, the United States of America now represents one of the most diverse nations in the world. Although the United States has been facing a debt crisis, the country's GDP still accounts for roughly a quarter of the world's total and its military spending remains unmatched.

In a prosperous nation, many remain poor
In spite of the fact that the United States is considered the most prosperous nation in the world, the country's economic system does not provide equal opportunities for all its citizens. Poverty has not been eradicated in America. On the contrary, it has actually increased over the past few years: in 2009, nearly 15 per cent of U.S. Americans lived in poverty - the 2008-2009 single year increase in the U.S. poverty rate was the largest since 2004. The minimum wage in most U.S. states is not indexed to the rate of inflation and may therefore be eroded by it.

Natural disasters, in particular hurricanes and tornados, mostly affect the lives of America's poorest population segments. In Alabama, Louisiana and Mississippi, hurricane Katrina affected thousands of people. The city of New Orleans now has a child poverty rate of nearly 40 per cent and the state's unemployment rate is among the highest nationwide.

According to the United Nations Human Development Index (HDI), the U.S. is one of the five most developed countries worldwide. However, income inequality is still an issue. In fact, the gap between the rich and the poor has recently grown to its widest margin ever. While the wealthiest have managed to add to their annual incomes in recent years, the total income share of the poorest has further decreased. Over the past few years, hunger has increased noticeably in the United States. According to the U.S. Department of Agriculture, around 16 per cent of American households are either marked by low food security or very low food security. This means that due to insufficient funds, the food intake of these families is substantially reduced. Roughly 17.5 million American children are affected by food insecurity.
More than 50 million people are without health insurance. In certain areas in the South, the percentage of citizens without health insurance coverage goes up to a striking 30 per cent. Again, children and adolescents are particularly affected, making up the largest segment of uninsured Americans.

Situation of the children in the USA
Child poverty in the United States remains a problem, particularly in the southern states and in larger cities. Drastic regional differences are observable in poverty levels across the country: in the South, 45 per cent of children under the age of 18 live in low-income families. While in Mississippi roughly 14 per cent of children face a life in extreme poverty, this figure goes down to only five per cent in New England. 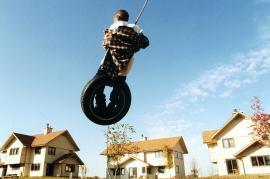 
The recent recession has undoubtedly increased the number of extremely poor children. Furthermore, high rates of poverty among immigrants put their children at a great disadvantage compared to children of native-born parents. Poverty in immigrant families is mainly a result of low-wage work or unemployment.

Roughly 30 per cent of children who derive from established immigrant families (those who have lived in the U.S. for over 10 years) are poor. The rate is even higher for children with parents who just recently moved to the United States. According to statistics, African American and Hispanic children are disproportionately poor.

The United States is characterised by one of the most expensive health care systems in the entire world. Among the most controversial issues with regard to the U.S. health care system has been the absence of universal health insurance coverage.

The infant mortality rate in the U.S. is higher than that of most other developed nations. In fact, more babies under the age of five die in the United States than in Cuba, a country economically far less developed. At present, 2,100,000 children in the U.S. have lost one or both their parents and are considered orphans.

In Chicago, there is a special programme for pregnant girls or young mothers with their children (Pregnant and Parenting Teen Programme) and accommodation with special care for families in emergency situations (Fostering Families Programme). In addition, SOS Children's Villages USA raises funds for the organisation's international work.