Poverty is hardly visible in some areas of the San José department, while in others it cannot be ignored 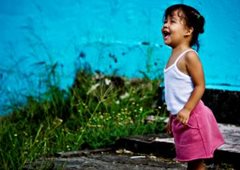 The SOS Children's Village Santa Ana is located in the small community of Santa Ana, which has a population of around 8,500. It is located 13 km west of Costa Rica’s capital city San José, in the department of the same name, and is part of the San José Metropolitan Area.

In recent years, Santa Ana has seen an increase in the construction of residential housing such as condominiums and apartment buildings, as well as so-called “closed neighbourhoods”, where the wealthiest members of society live. However, a significant number of families continue to live in so-called “tugurios” – makeshift homes constructed out of cardboard, tin, or sheets of plastic, which is often the best solution they can find to an immediate need for shelter. Santa Ana is therefore a socially segregated community in terms of living conditions, which also leads to the social fragmentation of its population.

Poverty affects thousands of children, endangering their safety and their futures

Costa Rica has made significant strides towards poverty reduction in the last decades, but the gap between the wealthy and the poor remains as pronounced as ever. Like most Latin American cities, San José has its share of shantytowns where people who cannot afford higher standards of accommodation live in appalling conditions.

Children growing up in such circumstances have a very tough start in life. An estimated ten per cent of children between the ages of five and 17 in Costa Rica work, a large majority of them do so in urban areas. In many cases, working becomes incompatible with attending education, and for children engaging in labour activities, the drop-out rate is 44.1 per cent.

In such a deeply divided society, these children also have to deal with the stigmatisation that comes with growing up in a poor neighbourhood. Drug abuse or alcoholism in parents and a lack of family stability add to the vulnerability of these children.

What we do in Santa Ana 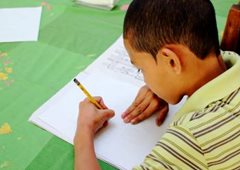 Today, children from the region who are no longer able to live with their family can find a loving home in one of ten SOS families. In each family, the children live with their brothers and sisters, affectionately cared for by their SOS mother.

The area offers good infrastructure such as schools, shopping facilities and a health centre within easy reach of the children’s village. As the children attend local schools, they are very much integrated into the community from a young age.

One of our SOS Vocational Training Centres is located in San José. Here, future SOS mothers and staff are comprehensively trained and prepared for the important roles they will take on looking after the children in our care.