The transition from emergency relief to sustainable community programmes 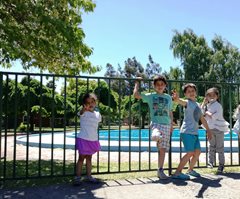 The Malleco province is one of the poorest in the country, with an estimated 55,000 households living below the national poverty line. What made matters far worse for much of the local population was the massive earthquake that hit Chile in 2010. It measured 8.8 on the moment magnitude scale and an estimated nine per cent of the Chilean population lost their homes due to the earthquake and the ensuing tsunami.

Angol was also severely affected: the majority of its shops, as well as its hospital were completely destroyed. More than 600 houses were very badly damaged and 400 of them had to be demolished as they were unsalvageable. SOS Children’s Villages provided emergency relief, such as food, clothing, and basic hygiene products, to around 280 families, as well as offering psychological support. These emergency programmes were then gradually turned into self-sustainable development programmes run by the community itself.

Hundreds of small farmers and business owners lost everything in the 2010 earthquake. Animals were killed, harvests destroyed, and forest fires demolished thousands of hectares. Migration to other parts of the country often seemed like the only option, but in many cases people’s lives did not actually improve once they had relocated. Often, infrastructure was not in place or they were unable to find work.

What we do in Angol 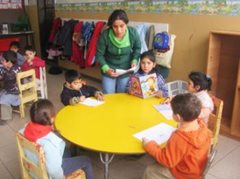 A young woman who grew up in SOS Children's Village Angol  is now proud to work as a teacher (photo: F. Espinoza).

SOS Children’s Villages has been working in Angol since 1981.

Care in families: For children in the Malleco region who are no longer able to live with their parents, SOS families can provide a loving home. In each family, the children live with their brothers and sisters and are affectionately cared for by their SOS parent.

Support for young people: When young people from the children’s village are ready to leave their family in order to pursue further education or vocational training, SOS Children’s Villages provides shared accommodation. The young people live together here and, with the support of qualified counsellors, they can learn to take responsibility, plan their future and prepare for independent adult life.