Chad is facing difficult times: the overall political, military and security situation in one of Africa's poorest nations remains highly volatile and unforeseeable. Frequent droughts and water scarcity turn life into a daily challenge for the majority of Chadians. It is against this background that SOS Children's Villages is helping the most vulnerable segment of the population to live in peace and security.

Children suffer most from the aftermath of violent conflict 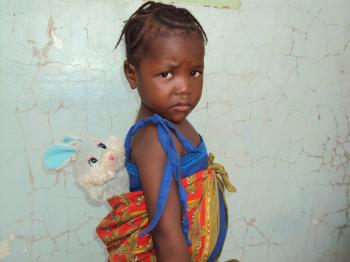 N’Djamena is the capital of Chad and, with a population of almost one million, the largest city in the country. It is located in western Chad near the border with Cameroon. N’Djamena’s population has increased rapidly over the past two decades due to the many refugees from rural areas fleeing to the city, but N’Djamena itself was also repeatedly under attack during the civil war, which forced over 140,000 Chadians to leave their homes in search of safety.

Today, the situation remains precarious especially for the younger generation. An estimated 53 per cent of children between the ages of five and 14 are working in the country, and only around 40 per cent attend school. The situation is particularly bad for children in the refugee camps as they are exposed to many threats, including abuse, violence and sexual exploitation. There have also been reports of children being kidnapped by rebel groups and exploited as child soldiers. In the capital city, too, child labour remains common. Children are also trafficked within Chad, as well as to other countries, for prostitution or forced labour such as domestic service, agricultural work, and begging. Sometimes parents have no other option but to believe the false promises of human traffickers, or they are simply unable to protect their children.

In recent years, we have expanded the SOS Family Strengthening Programmes in Chad so as to reach as many struggling families as possible. The aim is to alleviate hardship and maintain family stability so that children will be safe and protected and grow up in a loving home. We run an emergency relief programme in Bahai, at the Oure Cassoni refugee camp where about 30,000 refugees from Darfur live. Many of them suffer from trauma, depression, anxiety and sleep disorder, to name a few conditions. We provide individual and group counselling and treatment. We have also created a child-friendly zone which provides play therapy, drawing, games and sports activities.

In N’Djamena, the SOS Social Centre currently reaches over 600 children and their families. The centre ensures that children have access to essential health and nutritional services, as well as education. We assist parents by providing guidance on income-generating skills and parenting practices, as well as counselling and psychological support where needed. In cooperation with local organisations, we also work towards strengthening support systems for vulnerable families within the community.

What we do in N’Djamena 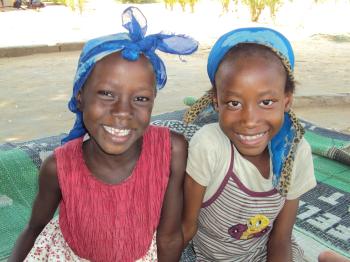 Two young girls having fun in the safety of the children’s village (photo: C. Ngo Biyack)

Two young girls having fun in the safety of the children’s village (photo: C. Ngo Biyack)
SOS Children’s Villages has been working in N’Djamena since 2005. The SOS Medical Centre here makes an important contribution to the wellbeing of the local population, as we see around 8,000 patients a year, providing basic medical care to people who otherwise would not be able to afford it.

For children from the region who are no longer able to live with their parents, twelve SOS families can provide a loving home for up to 120 children. In each family, the children live with their brothers and sisters, affectionately cared for by their SOS mother.

The children complete their primary education at the SOS Hermann Gmeiner School, which is attended by 246 children from the region.

Once young people reach an age where they are ready to move out of their SOS family home in order to pursue further education or vocational training, the SOS Youth Programme continues to support them throughout the transition into adulthood. With the guidance of an SOS educator who lives with them, they learn to take responsibility and prepare for independent life.