One of the highest proportions of children without parental care 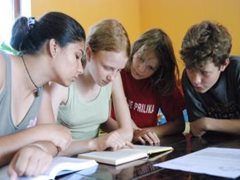 Ladimirevci is located in Slavonia, which is in the eastern part of Croatia, near the border with Serbia. It is a small town with approximately 2,000 inhabitants. The area is often called the "Granary of Croatia" because the main source of income of the local population is agriculture. The paper and food processing industries are also important sources of employment and income for the local population. Attempts are being made to encourage tourists to visit the area. The nearby city of Osijek is 24 kilometres away; it is Croatia's fourth largest city and the cultural and economic centre of the county.

Due to its geographical location, the region was very badly damaged by the war which took place in the 1990s; the infrastructure was damaged and people's livelihoods were affected. Others were forced to abandon their homes, leaving behind their possessions, their way of making a living and the social ties of family and friends. The area is still recovering from the traumas of the war. Economic recovery has not been straight-forward, and in some areas of eastern Croatia the unemployment rate remains high.

Many children in the area have lost parental care due to the complex social and economic changes which often result in poverty. A high proportion of Croatian children without parental care come from the area where the SOS Children's Village is located. According to a United Nations report, young people without parental care run a high risk of social exclusion once they have left institutional care.

When SOS Children's Villages started its work in the area, there was great need for the provision of long-term support to children and families. Most of the children without parental care were placed in institutions, and the SOS Children's Villages model of family-based care was therefore very much welcomed. The municipality of Valpovo showed its support by donating land to our organisation. Although social reforms have led to a decline of the number of children being placed in institutions, such orphanages are still the main providers of care for children who can no longer live with their parents. In this context the work that our organisation carries out with children and families remains vital. The comprehensive support that we are able to offer young people leaving care tries to ensure their successful transition and integration into adult society.

What we do in Ladimirevci 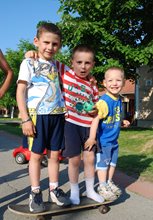 Children who have lost parental care can find a loving home in one of the 16 SOS families, where they are looked after by their SOS mothers who can provide a loving home for up to 104 children. These children can spend time with their friends from the neighbourhood in the nearby play area and the sports grounds. In many cases they already know each other well, as the primary-aged children living in the SOS families attend the local school. Those attending secondary school go to the nearby town of Valpovo.

Young adults who are ready to leave their SOS families can move into the SOS Youth programme in the nearby city of Osijek. Since 2000, young people have been able to live in special houses, where qualified staff supports them while they attend higher education or receive further training. They are encouraged to shouler responsibility and increasingly make their own decisions. The aim is to provide them with the tools and confidence to live independently.