SOS Children's Villages has been supporting Morocco's vulnerable young people and children since the early 1980s. Although Morocco has made important steps with regards to child protection, thousands of children continue to face great hardships in their daily lives. Child trafficking and high rates of child poverty and illiteracy, particularly in rural areas, are major problems that need to be tackled.

Morocco continues to be a country of deep social divides 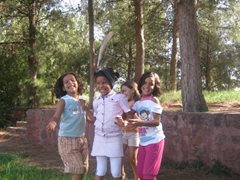 Children in our care grow up with their brothers and sisters in a loving SOS home (photo: SOS archives).

Aït Ourir has a population of approximately 20,000 and is located in Al Haouz Province, at the foot of the Atlas Mountains, around 40 km east of the city of Marrakesh. The nearby western coastal area of Morocco is the economic heart of the country and has traditionally been viewed as the gateway to the West. Agriculture is an important pillar of the economy in the region, with citruses, olives, tobacco and grains among its main products.

Like all countries in the region, Morocco was originally settled by Berber populations but is now predominantly Arab, although there are still Berber communities in rural areas. These farmers often lack access to education and live in poverty. Many of them therefore migrate to the larger cities such as Marrakesh in search of opportunity. However, Morocco continues to be a socially divided country, where certain sectors of society are often discriminated against. Fluency in French and Arabic, for example, are seen as a sign of sophistication, even though one of the country’s official languages is Amazigh (Berber).

Although there have been government measures to advance gender equality in the country, the lives of girls and women still differ greatly from those of boys and men. All children must attend school in Morocco, but it is common for girls to be taken out of school at a young age in order to help in the home, especially in low-income families. Secondary and tertiary school enrolment is still much lower for girls.

Rural migrants often struggle, and their children are at risk

Another problem caused by internal migration is that people from rural areas often do not hold professional qualifications and therefore find it very hard to get formal jobs once they arrive in the city. Often, they do not have official documents for their children (birth certificates or another form of identification) either.

Especially for single mothers, it can be incredibly difficult to meet their children’s basic needs. Prostitution is widespread in Marrakesh, catering to locals and tourists alike. In an Islamic country, women who engage in this type of work are not only breaking the law, but also run the risk of being ostracised by their family and society as a whole.

Children from struggling families are often found on the streets begging. This jeopardises their education and exposes them to dangers such as drugs, sexual exploitation and organised crime. In addition, girls and boys working as domestic servants and street vendors often become targets of child sex tourism, particularly in Marrakesh and Agadir. The SOS Children’s Village in Aït Ourir near Marrakesh provides care for children who would otherwise have no home.

What we do in Aït Ourir 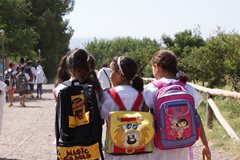 
SOS Children's Villages began its work in Aït Ourir in 1985.

Family-based care: For children from the region who are no longer able to live with their parents, 14 SOS families can provide a loving home for up to 140 children. In each family, they live with their brothers and sisters and are affectionately cared for by their SOS mothers. In some of our SOS families, two SOS mothers now care for the children in shifts (day and night); they overlap during the busy hours of getting children ready in the morning and after school.

Every child has a "Child Development Plan" which is prepared in consultation with the SOS mother. The children attend the local kindergarten and schools alongside children from the neighbourhood: this way they make friends and become part of the community.

Support for young people: Through our SOS Youth Programme, young adults are given the opportunity to live in a house together while they attend vocational training or go on to higher education. With the support of qualified youth counsellors, the young people develop perspectives for their future, learn to shoulder responsibility and increasingly make their own decisions